9 Signs of Cyberbullying Every Parent Should Pay Attention To 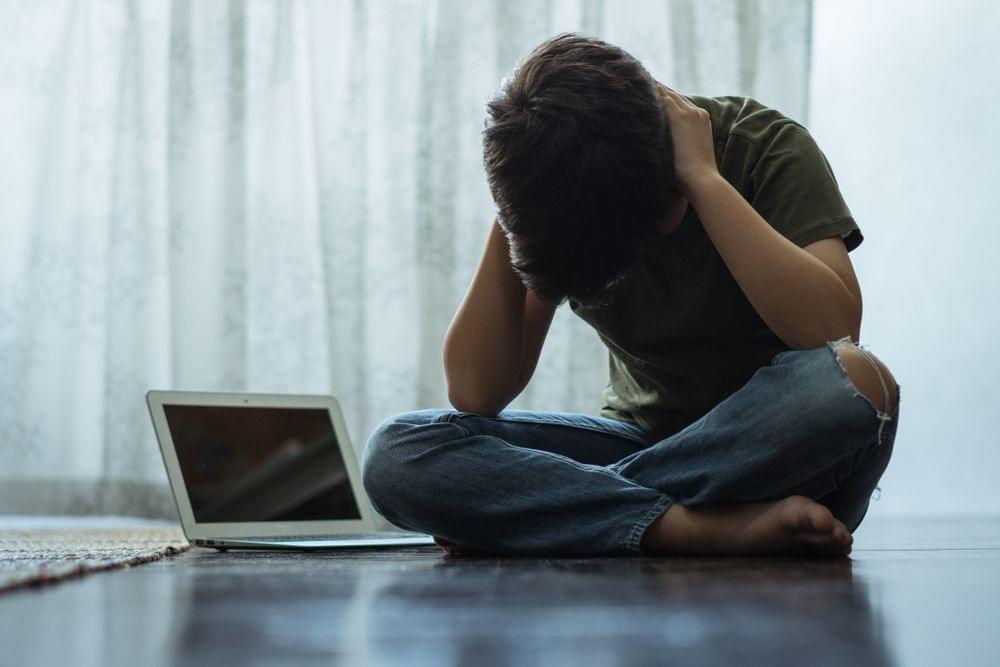 The internet has brought us a lot of incredible conveniences. Need to catch up on a TV series your friends can’t stop talking about? Fire up Netflix and you’re on your way to binging in seconds. Out of paper towels? A click or two on Amazon and it’s at your door in a few hours. Want to make a kid cry? A few keystrokes will get the tears flowing.

OK, so that last one isn’t exactly a major selling feature. But for a lot of kids tapping away on their phones, the internet opens up a lot of horrible possibilities.

We’re talking about cyberbullying — the online form of bullying that’s a lot like the offline version, only scarier.

It’s a lot tougher to recognize signs of cyberbullying when you can’t see it happening in person. Schoolyard bullying that made victims sweat in the ‘80s and ‘90s has come a long way. Stealing lunch money has been replaced by making rude comments on social media, sharing embarrassing photos, and harassing others by text.

Sadly, it’s never been easier for kids to bully their peers. It’s happening everywhere, 24/7. And while it might seem like there’s not a whole lot we can do about it, understanding cyberbullying can go a long way in helping you identify and put a stop to it.

Cyberbullying on Social Media Is an Epidemic

In 2019, an anti-bullying public service announcement video positioned cyberbullying as a worldwide epidemic. The video, which highlights signs of cyberbullying, features news clips about an epidemic sweeping the nation and has some eerie similarities to the worldwide pandemic of 2020.

While the “mysterious virus” sweeping the country isn’t an actual virus, it is affecting children and teens in unprecedented ways.

According to the Centers for Disease Control and Prevention, 33% of middle school students and 30% of high school students have experienced bullying online. These numbers are important because on school property, one in five high school students reported being bullied. This means that cyberbullying is happening not just beyond the classroom, but significantly more online than offline. 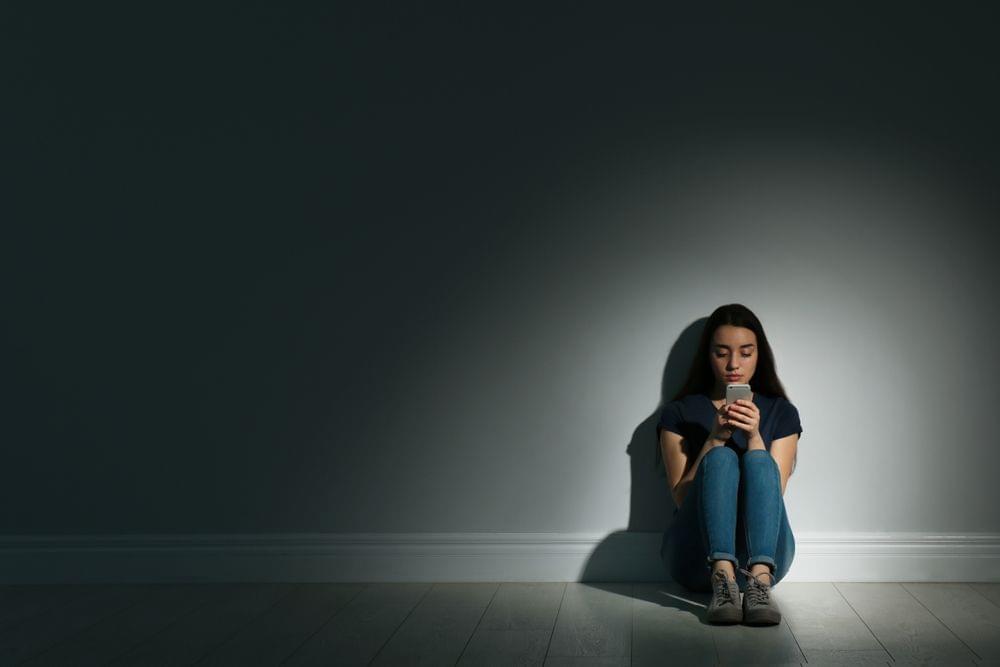 Cyberbullying can have detrimental effects on children and teens, and those effects can linger into adulthood. Cyberbullying can lead to social and emotional distress, substance abuse, academic problems, self-harm, and, sadly, death.

Unfortunately, 58% of kids who have been cyberbullied haven’t told their parents about the incident. This is particularly frightening because parents can’t always see what their kids are up to online and recognize the symptoms of cyberbullying. But there are some solutions.

Innovative tools like mSpy let parents monitor their children’s online activities. The app lets parents track incoming, outgoing, or deleted text messages, view their call history, and even see their activity on social media apps, like Instagram, Facebook, and others.

But while monitoring for teen cyberbullying is helpful, you need to know what to look for first.

Warning Signs That Your Child Is a Victim of Cyberbullying

Your kid refuses to share information about their online activity

They live under your roof. Shouldn’t you get to call the shots? When you ask your child for information about their online activity, whether on social media or through text, they should be comfortable enough to share it with you. Refusing to divulge information about what they’re doing, especially if they usually let you in on their activities, is a sign that something might be wrong.

They shut off their device without explanation

It seems like kids spend their lives with their heads buried in their phones and tablets. So, when your child suddenly shuts off their device in the middle of a conversation without explanation, consider it a red flag.

They have difficulty sleeping

If your child can’t fall asleep or is having difficulty sleeping, they may be a victim of cyberbullying. As adults, we know that even the smallest thing weighing on our minds can keep us up at night. For kids, the same is true. Cyberbullying is a big deal that can cause deep anxiety.

They sleep way too much

This is one of the big signs of being bullied that’s often overlooked. Sure, sleeping late on weekends is perfectly normal for teens. But if your child chooses to go to sleep early instead of being active, or they’re sleeping excessively, there’s good reason to worry.

Anxiety can manifest as physical pain, and that includes stomach pains or headaches. While oftentimes a symptom of something else, coupled with other signs these pains could be a signal that your child is being harassed or ridiculed online.

Their grades in school aren’t what they used to be

When kids are cyberbullied, they lose focus on what matters. For a lot of cyberbullying victims, that includes losing focus on schoolwork. If your child normally does well in school and you’re noticing a shift, they might be a victim of cyberbullying.

When teens believe there’s no way out, and they have trouble seeing the light at the end of the tunnel, they think the unthinkable. If your teen wants to end their life, cyberbullying could be the culprit. Seek help immediately.

Social activities no longer interest them

If your kid has lost interest in doing things with friends and suddenly becomes withdrawn from society, cyberbullying might be to blame. While not all kids have huge groups of friends, a noticeable change in social interaction among peers is cause for concern.

With changes in hormones, mood swings in teens can be perfectly normal. But a sudden onset of aggressive behavior in a teen who is normally pretty chill is a telltale sign that something’s going on in their world. 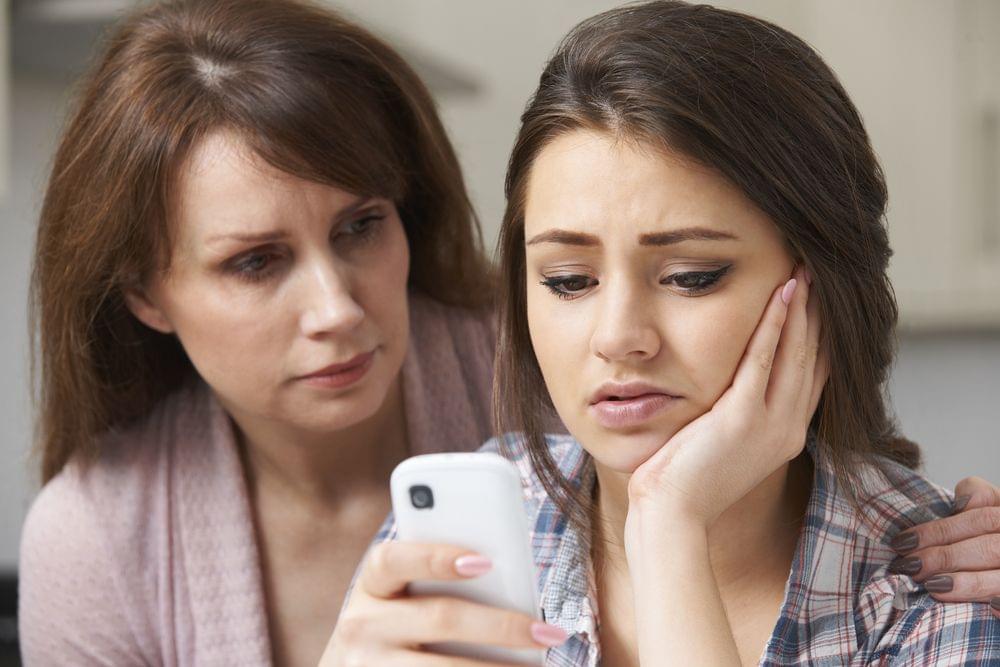 What to Do If You Think Your Child Is Being Cyberbullied

Now that you know how to recognize cyberbullying, it’s important to know what to do if your child is a victim of cyberbullying. For some parents, the first instinct is to sweep it under the rug and hope it goes away. Experts agree this is the wrong approach.

According to Michelle Boykins, director of communications and marketing for the National Crime Prevention Council, this is the wrong approach.

“It’s not just kids being kids. We have to make sure cyberbullying is not a rite of passage. If we don’t change the culture then we are helping young people be victimized,”

She said in a Scholastic article on what educators can do to respond to cyberbullying. This is also great advice for parents — and here’s what else you can do:

Kids live their lives online, and what they do often happens under our noses and out of view. That’s why it’s important to stay tuned in and pay attention to what’s happening. If you recognize any of the signs of being bullied and suspect that your child is a victim of cyberbullying, never ignore it. Talk to a professional. Get help. Use tools at your disposal. And keep everyone safe.