A 17-year-old teen from Utah made a whirl when driving a car and got into a car crash. It turned out a youngster was blindfolded. How so? He was trying to do the Bird Box Challenge. Luckily, no injuries were reported.

Bird Box Challenge while driving…predictable result. This happened on Monday as a result of the driver covering her eyes while driving on Layton Parkway. Luckily no injuries. pic.twitter.com/4DvYzrmDA2

What is the Bird Box Challenge?

In December Netflix released a movie called Bird Box with Sandra Bullock as a protagonist. In the film, Bullock’s character Malory and her children, Boy and Girl, had to wear blindfolds and cross a river and forest to protect themselves against a demonic force. The latter, when seen, made people kill themselves.

The flick has provoked the creation of memes and a sort of movement – the ‘Bird Box’ Challenge. Now, it’s circulating on the Internet as the “‘Bird Box’ Challenge know your meme.” It is about imitating tasks from the movie, and not only when being blindfolded.

How kids get to know about it: parents to know

The Guardian dubbed it “an unqualified phenomenon” because of hitting a box office within days and becoming an unlikely meme-magnet. Netflix affirms that over 45 million accounts watched Bird Box in its first week. It created buzz everywhere in the US. YouTube Bans Risky Prank Videos Amid Spate of ‘Bird Box’ Challenge Stunts

Within a month, Bird Box has entered the public lexicon. The viewership has become tremendously huge. Only ten days after release, Kim Kardashian tweeted asking whether anyone had watched it.

The negative impact of the movie was that big that Netflix posted a warning on Twitter saying “Please, do not hurt yourself with this Bird Box Challenge.”

Can’t believe I have to say this, but: PLEASE DO NOT HURT YOURSELVES WITH THIS BIRD BOX CHALLENGE. We don’t know how this started, and we appreciate the love, but Boy and Girl have just one wish for 2019 and it is that you not end up in the hospital due to memes.

YouTubers started imitating scenes where characters were performing tasks with bandages on eyes. As a result, YouTube has entirely banned the videos with such behavior. It also mentioned the Tide Pod Challenge and The Fire Challenge as the reason to strengthen the measures. The company said, “challenges that cause death and/or have caused death in some instances have no place on YouTube.”

Note! Please, make sure you’re aware of all popular online challenges that threaten your kid’s health and life.

There’s only one conclusion here: YOUR CHILD HAS NO CHANCES NOT TO HEAR ABOUT IT.

What are the potential outcomes if my child is into it?

The outcomes might be different – it all depends on what exactly a child decides to do while blindfolded. The first notorious case showed that driving a car was the most popular practice. Although a teen girl from Utah was lucky to stay alive, it doesn’t mean that other attempts will be the same.

It’s noteworthy that children practicing blind driving can hurt or kill someone else.

Also, the most obvious consequences might be injuries or death due to walking through traffic. By the way, a YouTube famous vlogger and prankster Jake Paul has already done it. The guy is followed by millions of teens worldwide. 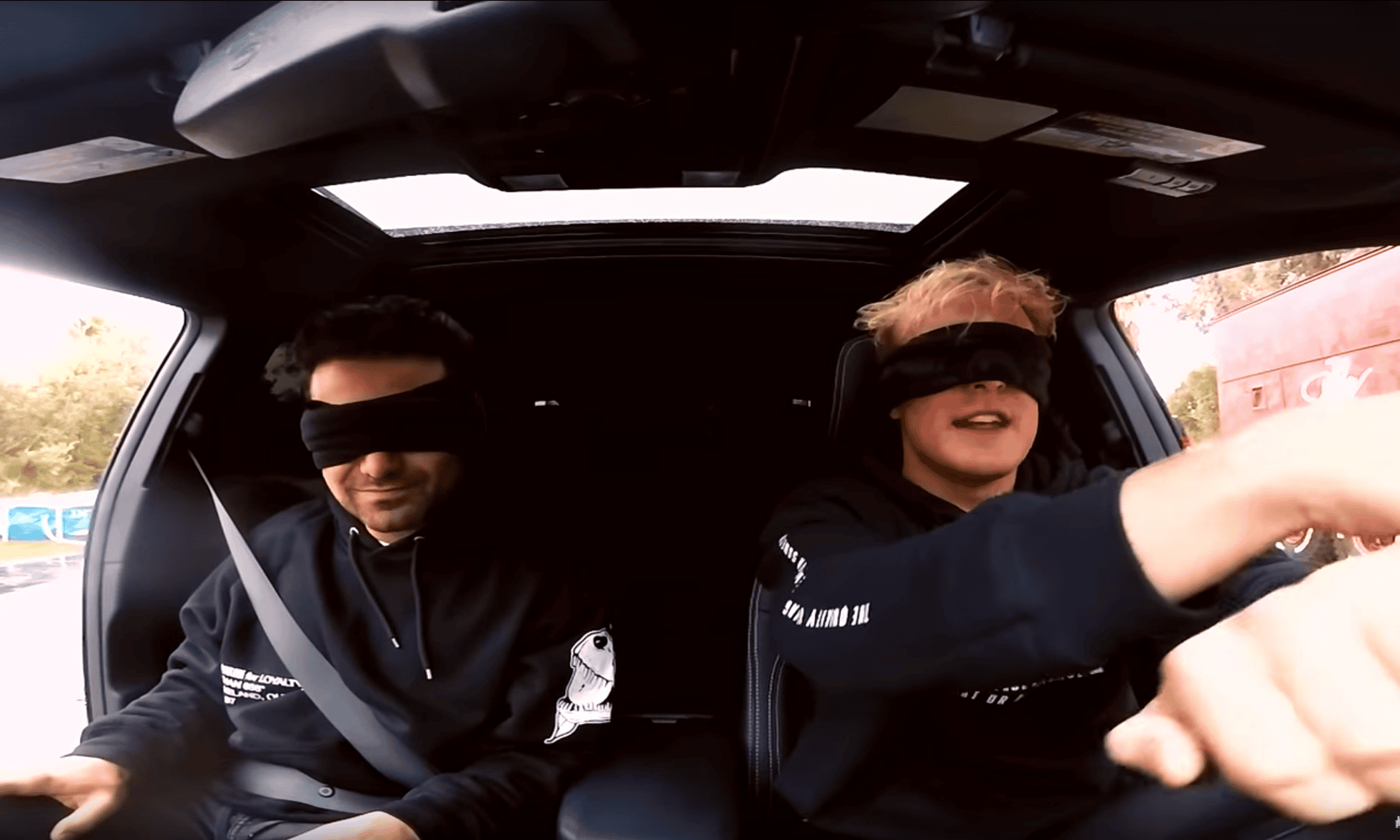 Children can get concussions due to hitting objects they haven’t seen.

What can I do?

As a parent, you can do pretty much a lot. First, you need to find out whether your child knows about it and what is their attitude.

We’re sure that most mSpy readers aka parents are conscious about topics that potentially can harm children. Moreover, you might be educating your baby on online risks and dangers. And the ‘Bird Box’ Challenge shouldn’t be an exception.

The only addition mSpy would bring in is try to convey the message that scenes in movies differ from those in real life. There are lots of protections for actors to stay safe. In real life, everything can go wrong. The risk to the health and life is enormously high. What about practical actions? Here’s what mSpy recommends:

Because of multiple dangerous activities that occur from time to time, mSpy encourages parents, guardians, and other concerned people always to know what their children are doing online. Find the features that meet the needs of your family the most. Doing so, bring closer a solution as soon as possible.