by Carla L. Hirsch
in How To 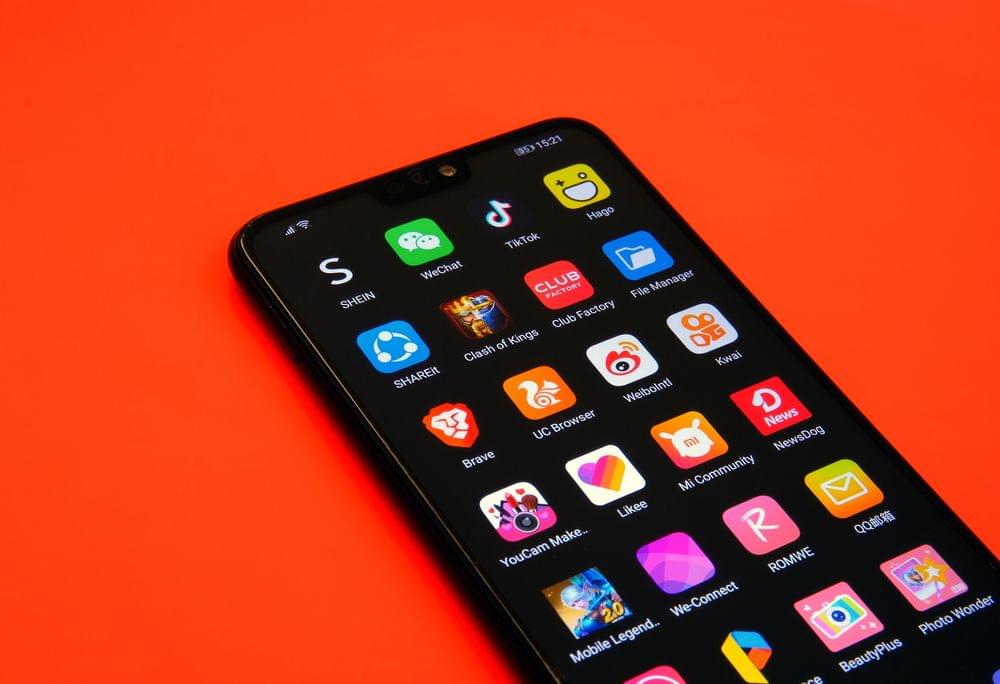 When someone mentions Discord, do you immediately think of a disagreement between two people? If you’re like most parents, that’s the obvious answer. But Discord is actually an app popular among kids that can be used to chat. It’s just one of dozens, if not hundreds, of apps you’ve never heard of that kids are installing right now — and why you might want to consider an app blocker Android solution.

According to a recent study by Common Sense Media, teens spend over 7 hours on their phones, with those between the ages of 8 and 12 spending almost 5 hours (4 hours and 44 minutes to be more precise). And the majority of that time is spent using apps you’ve never heard of, some of which might be extremely controversial, with violent or sexual themes, or a platform to distribute that type of content.

That’s why it’s important for parents to know how to block apps on Android. And if you’re looking for a solution, we’ve got three smart ones. Read on.

1. Get a Parental Control App 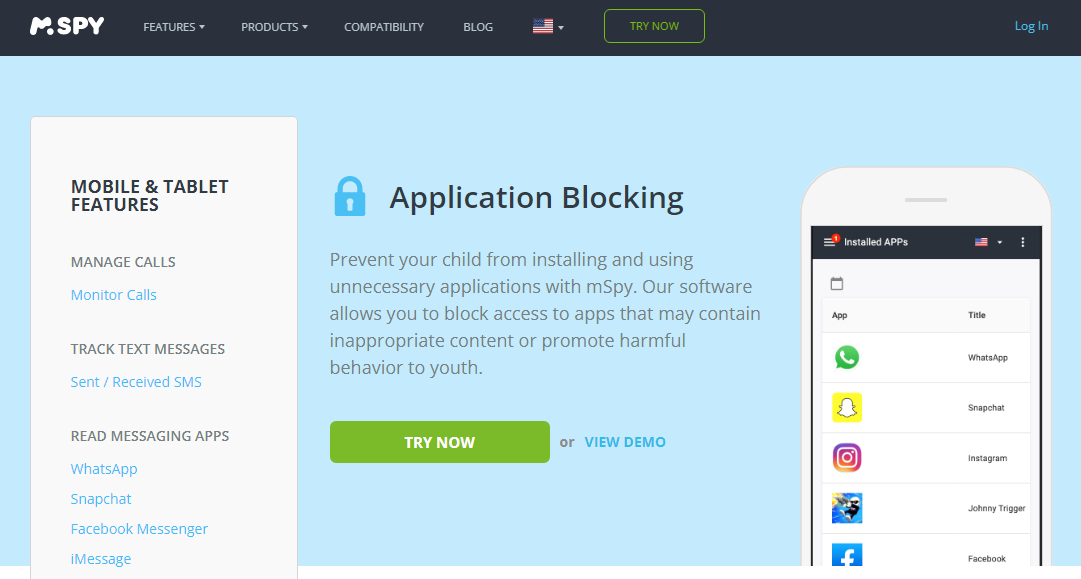 If you’re looking for an app to block apps and gain a lot more peace of mind, a parental app is the way to go. One such app, mSpy, arms you with the tools you need to block your child from installing apps that you don’t approve of. So with just a few clicks or taps, you can stop them from seeing inappropriate content.

By installing mSpy, you’ll have your very own dashboard that shows you a list of installed apps on their device. And in a snap, you can block any app from functioning.

And unlike some other apps or the abovementioned solutions, mSpy lets you do it all remotely. That means you don’t necessarily need access to your child’s device to get up and running and make everything work the way it should.

Knowing how to block certain apps is great, but it’s just one layer of protection. If you want to know what’s going on in your child’s life and ensure that they’re living their digital life safely, a parental control app like mSpy goes even further and puts you in way more control. With mSpy, you can also:

2. Get Some Help With Family Link

Google offers a way to manage your child’s apps, though the feature isn’t baked right into the Android OS. Instead, you’ll need to download something called Family Link. Once installed, you can choose to limit the apps that are installed on their device. With Family Link, you can: 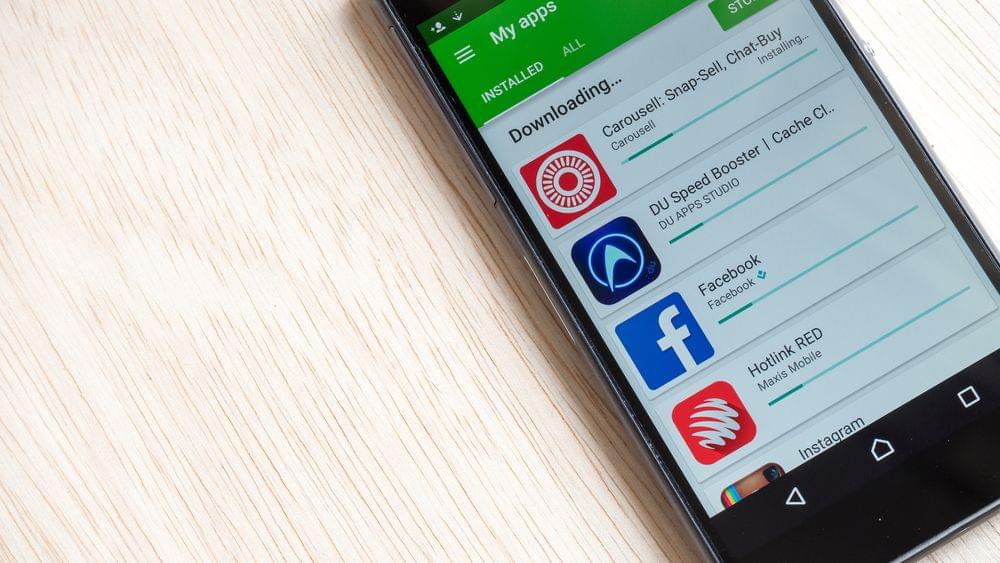 To block an app, here’s what you need to do:

Keep in mind that Family Link relies on your child having a Google account designed for kids. When they turn 13, they’ll have the option to graduate to a normal Google account, which means they can manage their own apps. And that means you won’t be able to restrict apps on Android. 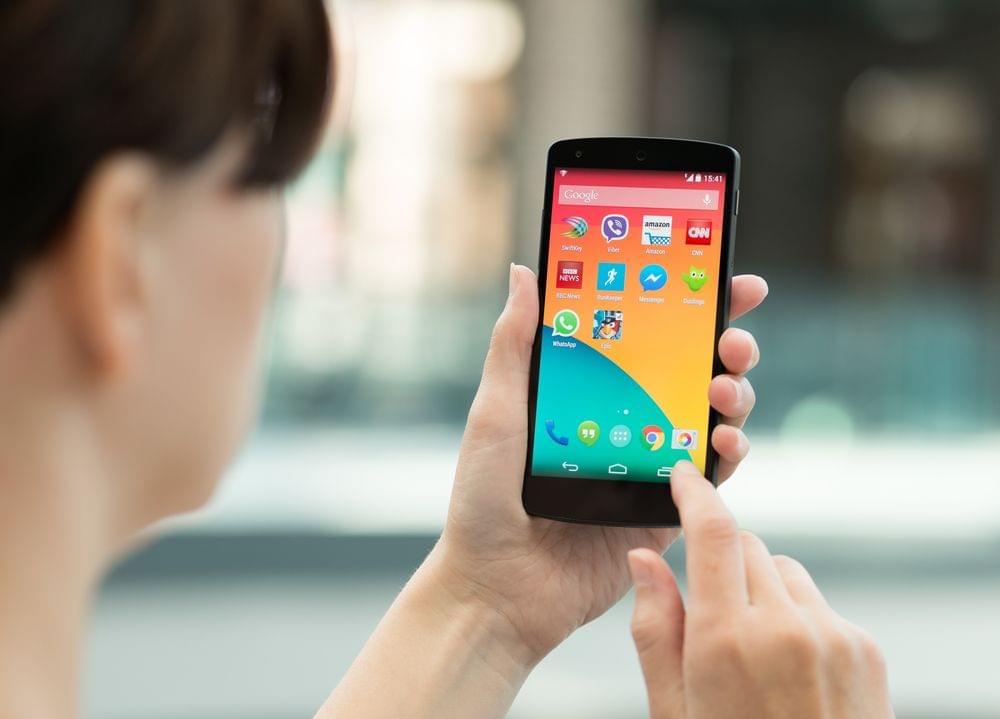 Google Play has about 3 million apps available to download. Some are free. Some cost money. Some are great for kids. Others, not so much. If your child has a habit of downloading apps they shouldn’t, there’s good news.

You can actually block your child from downloading apps that aren’t suitable for them — or at least the ones that are rated accordingly. Here’s how to use this built-in app blocker for Android:

While Family Link and the built-in restriction settings are helpful, there’s a problem with these parental block apps. Both apps require that you have physical access to your child’s device in order to make your selections. What’s more, unlike iOS, which forces users to install apps exclusively from the App Store, you can install Android apps from sources other than Google Play.

That means while you might be doing everything you can to make sure your 13-year-old teen isn’t getting their hands on an app built for 18-year-olds, your teen still has the power to install apps from unknown sources, rendering your quest to block specific apps on Android useless.

And there’s something else that makes these types of app restrictions less than ideal. When your child knows they have restrictions in place, they’ll do everything in their power to bypass them or find another means to install an app.

That means if you’re blocking your teen from installing Tinder using one of these methods for blocking apps on Android, they might resort to finding an old iPod Touch or Android to use it on and you’ll never know.

We’ve laid it all on the table — all the most popular methods to block apps on Android. No matter which one you choose, you’ll be better off than letting your child use their device unsupervised and without any restrictions. But if you want to take more control, we highly recommend a parental control app. It takes the app blocker Android concept to a much better, much more powerful level.