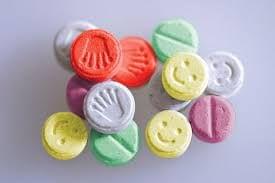 Thanks to ‘creative marketing’,  ecstasy is making a comeback.

As the 2016 European Drug Report declares, ‘creative and sometimes aggressive marketing’ has made ecstasy usage stronger than ever. Indeed, MDMA in pill and powder form comes back to popularity with young people. Today, drugs often feature symbols and names such as Superman or UPS, making the youngsters believe that using drugs is cool and it gives extra strength.

The use of MDMA has been falling since its peak in the mid-2000s. Still, now due to ‘creative and sometimes aggressive marketing’, as the latest survey data suggests, 2.1million people aged between 15 and 34 had used ecstasy in the last year. In other words, we face an increase of 300,000 on 2015. More about this can be found here.

Hence, parents have to pay extra attention to their teens’ life and do all they can to protect them from drugs. That is why parents need to tell about drugs consequences and do safeguard their children’s digital life as today everything is done via mobile and internet technology.  And knowing in advance that their teens are going to meet with “dangerous” people, can prevent lots of bad situations, right? That is where mSpy comes in handy.