How to Keep Your Child Safe This 4th of July 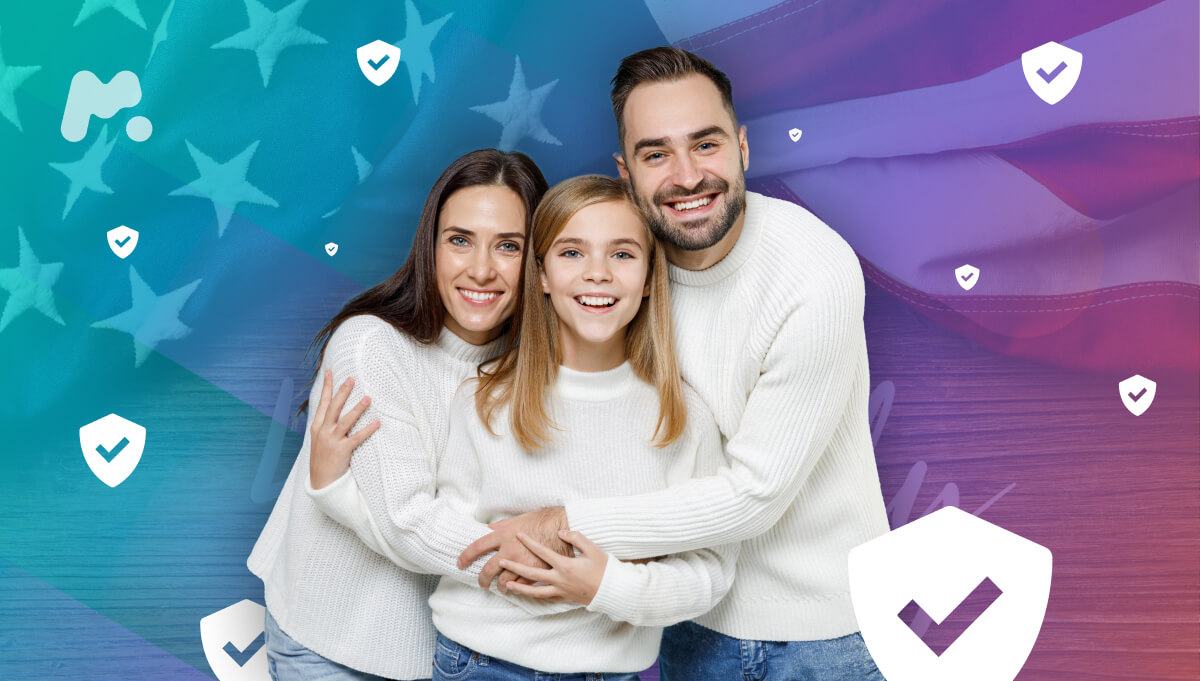 Independence Day is right around the corner, and the air is already buzzing with excitement. As we stock up on the food for the long-awaited cookout and go all-in on the festive decorations, there is one thing that often slips our minds and gets lost in the overall hustle and bustle.

While the holiday season is a time of joy and celebration, it is also the time when we let our guard down. Huge crowds, parades, loud cheers, fireworks, and the overall hectic nature of the event – all of this create a perfect catalyst for things to go wrong.

As a parent, you know better than anyone else that during such grand events, you should not let your kids out of the radar even for one second.

As someone whose parents definitely lost them in the crowd during a family holiday, I’d say no parent can be a hundred per cent ready for something like that. But you should still take some precautions and educate yourself on the matter, so you can deal with such incidents in the most effective way or avoid them altogether.

Kids can never be too safe.
Prevent them from getting into trouble on holidays
TRY MSPY NOW

The Most Common Holiday Hazards for Kids

Let’s be honest. When it comes to children, everything seems like a potential hazard in the eyes of their parents. But unfortunately, some of those fears come true, and accidents do happen. Especially when you’re in the middle of a nationwide celebration.

There is somewhat of a “holy trinity” of the 4th of July traditions that carry not only an air of freedom and independence but also a whiff of trouble and danger: 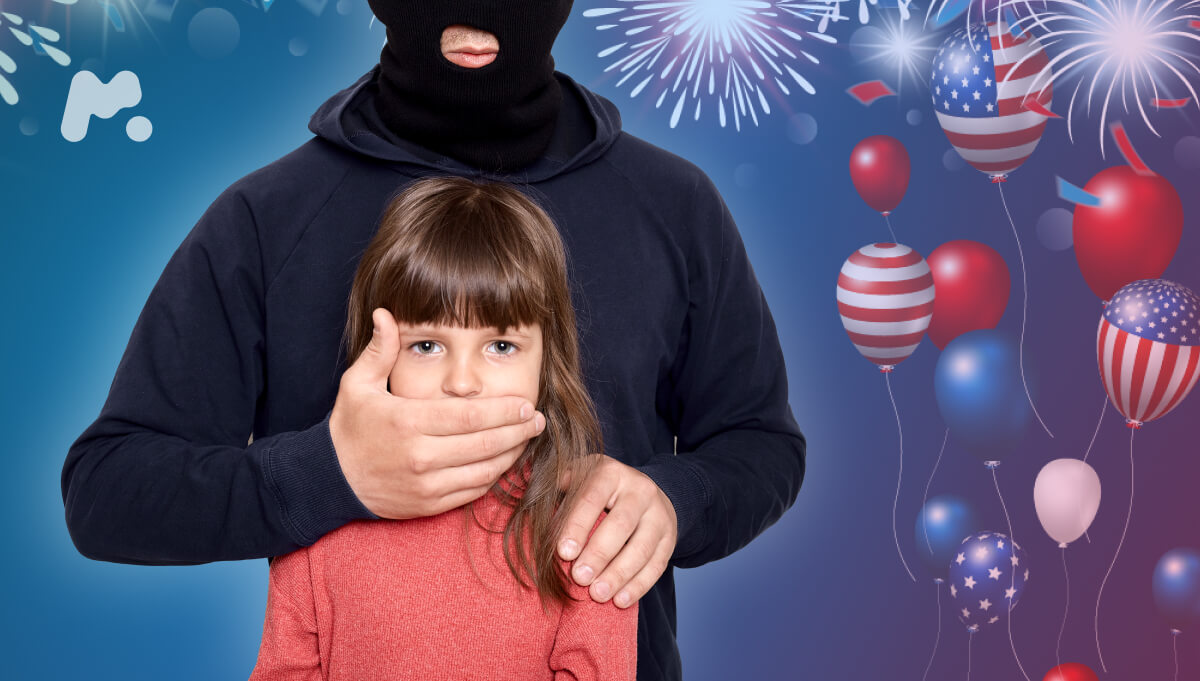 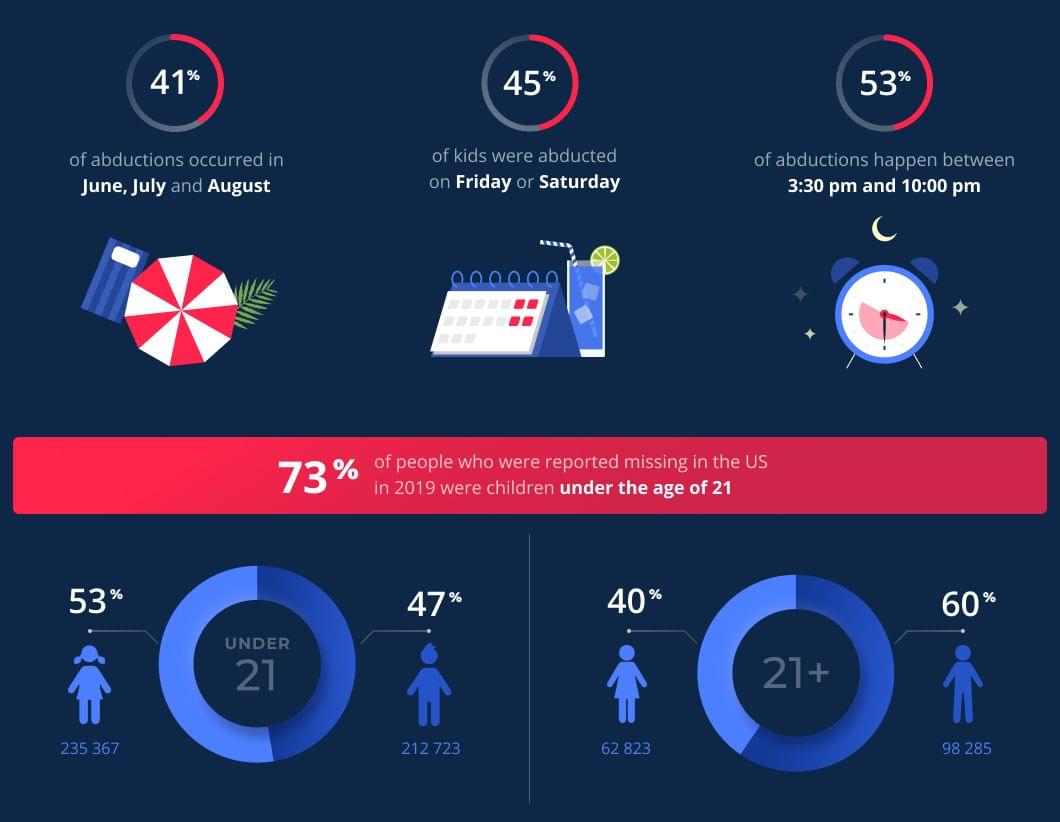 It comes as no surprise that most of the missing person cases involve young children. According to the Statista Research Department, more than 73% of people who were reported missing in the US in 2019 were children under the age of 21.

However, a lot of such kids go missing not because of some convoluted abduction scenarios, but because they wander off and get lost or run away on their own after some sort of emotional distress. Holidays and meaningful events often trigger a highly emotional response in young minds, and they take off on a whim.

Nancy McBride, the executive director of Florida Outreach at NCMEC, told USA Today that out of 20,500 cases of missing youth they worked with, 90% of the cases were runaways.

Nancy also revealed that a considerable number of such cases revolved around technology since the kids were lured away through social media and messengers. This is why it is important to keep an eye on your child’s online activity and be aware of who they are talking to.

The silver lining here is that majority of such cases end with the child safely returning home. However, the taste of panic and anxiety will stay with both the parents and the child for years to come. So, do your best to not let things get to that point.

It is a whole different story, however, when the child gets kidnapped. Although it doesn’t happen that often, there are seasonal bursts when we can see the rise in such cases.

The National Incidence Studies of Missing, Abducted, Runaway and Throwaway Children (NISMART) reported that about 41% of yearly child abduction cases happen during the summer months. Therefore, it is important to be on high alert even (or especially) during vacation time.

Ensure Your Child’s Safety During the Holidays

Although the statistics are quite scary, don’t get too anxious about it. Things like that can be avoided if you know what to expect and how to act. You can be careful and still have a blast during the holiday. To make sure you have an accident-free weekend, you can take a few precautionary steps:

A Word of Advice from the Police Officers

Officers from a police department in California have shared a few simple tips that can help you find your way back to each other in case you and your child get separated in a large crowd.

First and foremost, write your phone number or other contact details on their arm and cover it up with a liquid band-aid. A simple sharpie can get smudged or rubbed off quickly, but the band-aid will create a lasting protective layer.

Another good piece of advice they gave is to take a picture of your kid in full height before leaving for any big events. Thus, if they somehow get lost, having a visual reference of what they were wearing that day will make it easier for the police to find them.

We all want to relish our holiday time and create some wholesome memories to reminisce about during family dinners. To make sure the celebration goes smoothly, don’t forget to take care of safety beforehand.

Instruct your kids on an emergency plan of action, ensure they know how to contact you, and install a GPS tracking app on their phone – just in case. Have a safe 4th of July!