How to Screenshot Someone’s Snapchat Story Without Them Knowing: Explained 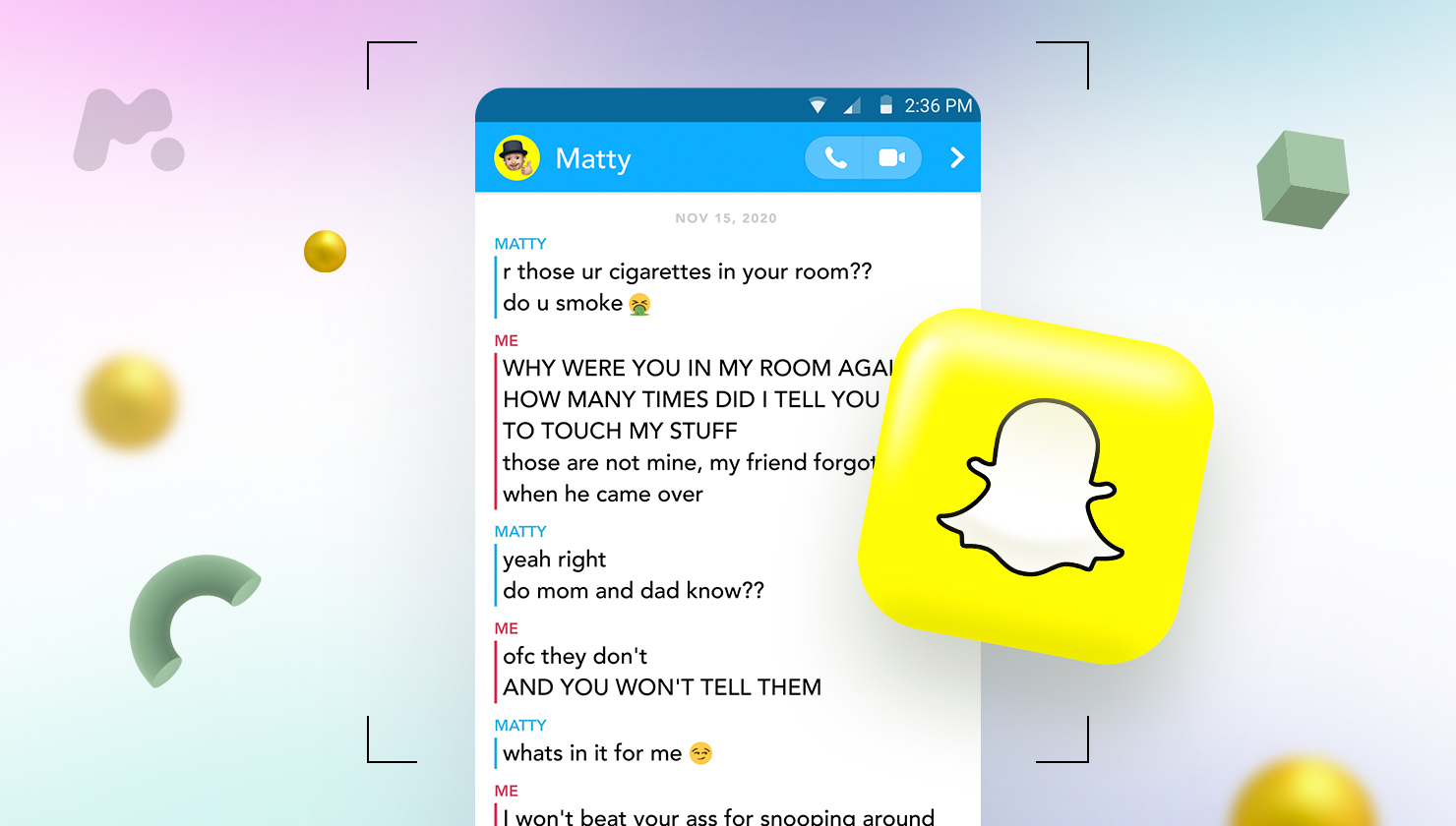 If 1 snap was equal to 10 seconds, it would take you no fewer than 10 years to go through most of the photos shared on Snapchat in the recent hour. Unbelievable, right? Millions of people worldwide use the app to stay connected or have some fun, and the app doesn’t seem to be losing to its competitors.

Such apps seem to be perfect tools for communication. And yet, to say that their users are exposed to many dangers would be an understatement. Snapchat did try to address such issues as bullying or sexual abuse many times. Have they been completely resolved? Sadly, the answer is no.

As almost anyone can become a victim of bullying or sexual abuse there, it’s always a good idea to play on the safe side and save the evidence. Just in case. That’s why knowing how to screenshot on Snap without someone knowing is so important.

In this article, we’ll discuss several ways to make an Android Snapchat screenshot that lets you stay safe when talking to strangers on Snapchat.

Snapchat by the Numbers: Statistics and Facts

According to the latest statistics, Snapchat stays one of the most widely used social media apps around the globe. Moreover, the revenues it generates are truly shocking. As it continues to engage more and more users year-on-year.

Here is a list of just a few facts that speak for themselves. These will give you a good grasp of how popular the app currently is:

It seems Snapchat isn’t going to run out of steam, and more users will join it in the following years. It means that more people will be exposed to many issues that Snapchat failed to address to date. And that being able to screenshot someone’s Snapchat story will only become even more useful.

Why You Need to Consider Screenshotting Snapchat

Whatever you post online, be it Snaps or Stories stays there forever. Sure, Snapchat developers had long promised that any content ever generated in the app wouldn’t be stored. Is it true, though?

Well, not exactly. Most of what social media users create on the platform is stored on external servers. Any tech-savvy scammer or predator can break into the data storage and easily download the so-called “deleted” content. Then they can use it for malicious purposes – to get your credit card details, for example. 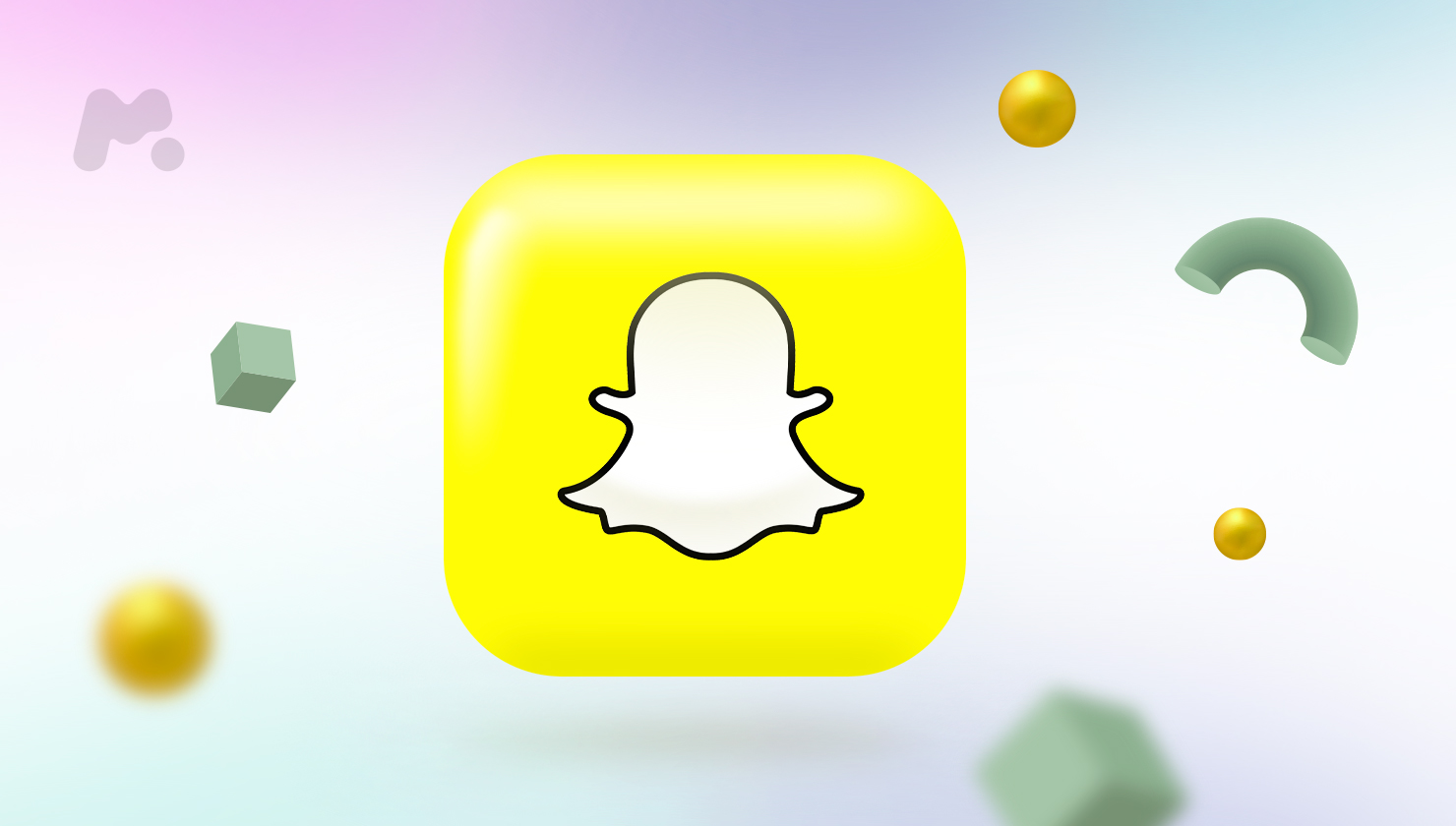 Teens absolutely adore Snapchat. The app gives them the illusion of being able to do anything and avoid responsibility. Some of them start bullying their peers and harassing them with abandon. Others prefer sexting with their mates and strangers.

Unfortunately, online predators also use Snapchat. It should come as no surprise as lots of young people look for new acquaintances there and believe that their new friends will never know their real names or residential addresses.

As Snapchat uses disappearing messages, storing hard evidence of abuse can be a daunting task. If a victim tries to screenshot a message, an abuser will be notified, and the situation can get even worse. So learning to screenshot Snapchat secretly can come in handy.

How to Screenshot on Snapchat Story Without Them Knowing: 4 Ways

If you have always wanted to know how to take a Snapchat screenshot without notification, we have good news for you. There are multiple ways to capture Snaps secretly.

1. Use the mSpy App to Screenshot Snapchat Without Them Knowing 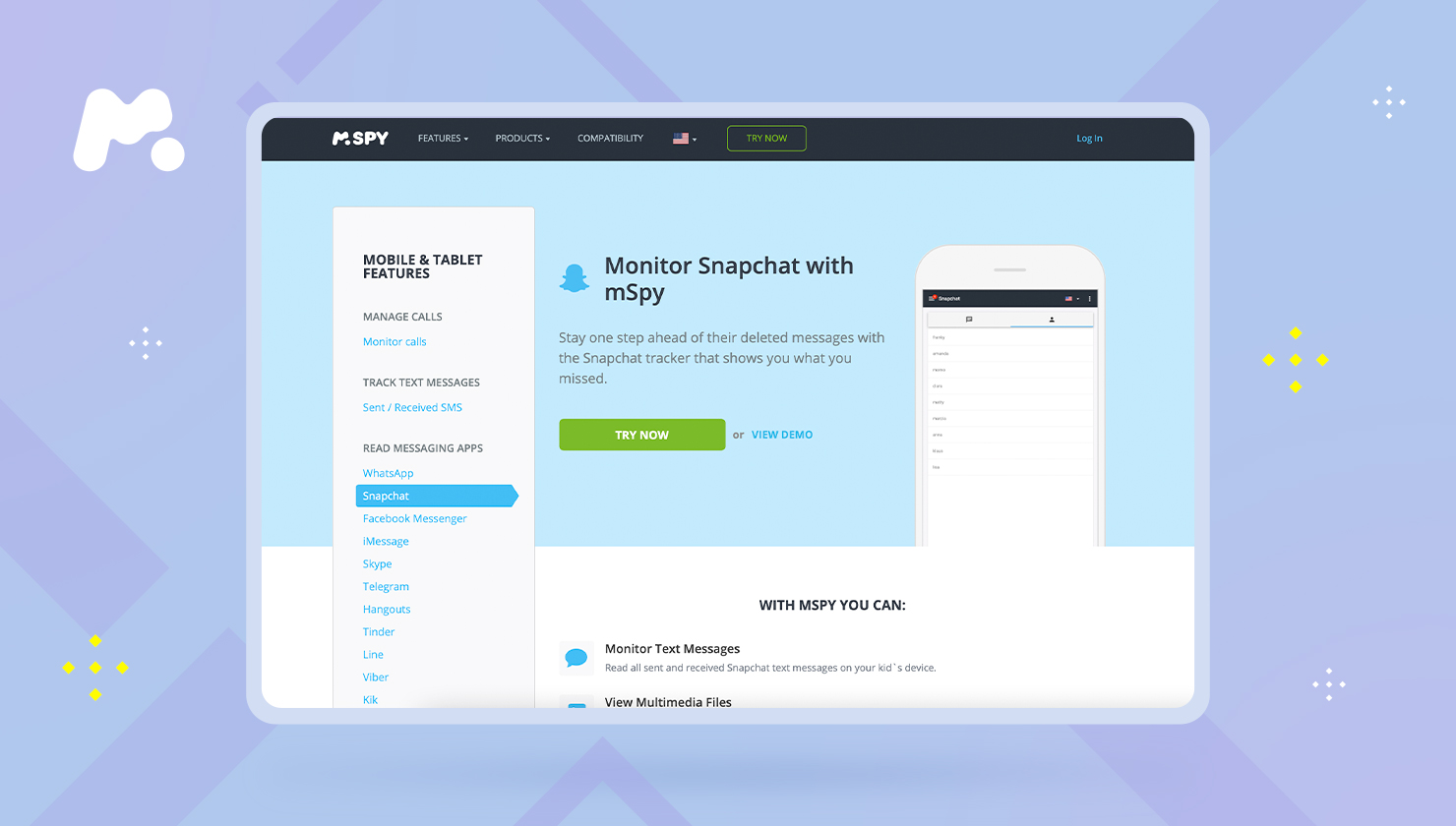 If you want to access snaps on someone else’s phone without them knowing, consider using a monitoring app. For instance, mSpy is the best solution for intercepting Snaps and other phone data 24/7 remotely. Although mSpy isn’t a Snapchat screenshot app as such, it can give you a full insight into someone else’s activity on their device.

Not only can you make Snapchat screenshots, but you can also monitor someone else’s Snapchat activity and record their phone’s screen with this unrivaled parental control app.

With mSpy, you can check out what someone else is up to on Snapchat whenever you may need it. You can view their messages, media files, locations, and conversations; all this data is easily accessible from your slick mSpy user dashboard.

Another option to capture someone’s snaps without notifying them is by using mSpy’s screen recording feature. It allows you to record another person’s cell phone screen and access all the records through your easy-to-use mSpy control panel.

2. Put Your Phone Into Airplane Mode

Snapchat requires an Internet connection to work correctly, as does any social media app. If your device is disconnected from the network, it won’t be able to notify a sender about their message being read.

By the same token, you can access a snap that has already been downloaded even while staying offline. So, try putting your smartphone into airplane mode before opening Snapchat:

Step 1. Open your Snapchat (but don’t read any messages just yet) to make sure that all the snaps are loaded.

Step 2. Enable the Airplane mode. Double-check if your Wi-Fi, mobile network, and Bluetooth are 100% off.

Step 3. Open Snapchat and access the loaded snaps. Take a screenshot and save it.

You can turn on the Internet in about 30 seconds. No one would know that you’ve screenshotted their Snap.

If you love life hacks, you’ll appreciate another Snapchat screen capture method. Use Google Assistant to help you screenshot a Snap secretly.

Firstly, you need to open Snapchat and access the Snap you need. Then, you need to summon Google Assistant and ask it to take a screenshot. You can use a written or verbal command for that. Finally, you need to save the shot.

Remember, though, that this method has a significant drawback. Google Assistant doesn’t allow saving screenshots directly to your phone. You’ll need to send them elsewhere (for example, to your Gmail). Only after that can you download your screenshot or send it to someone.

4. Take Pics Using Your Own Phone

If you’re not that tech-savvy and great with technology, and the methods listed above sound like a step too far, there’s still one more method for you to use to screenshot a Snap without them knowing. In fact, it’s as easy as simply using your own phone’s camera.

Pick the right moment and grab their phone when they aren’t looking. Then, using your camera, take pictures of their Snaps. Because nothing is saved to their phone and no screenshots are physically taken on their device, they won’t know that you’ve taken screenshots.

What a simple way to screenshot on snap without someone knowing, isn’t it?

If someone asks you, “Can you screenshot Snapchat without them knowing?” you know what to answer. You can suggest they use airplane mode or Google Assistant. However, the most convenient method has the most features, such as mSpy.