How to Stand Up to a Bully: Top 8 Tips for Your Child 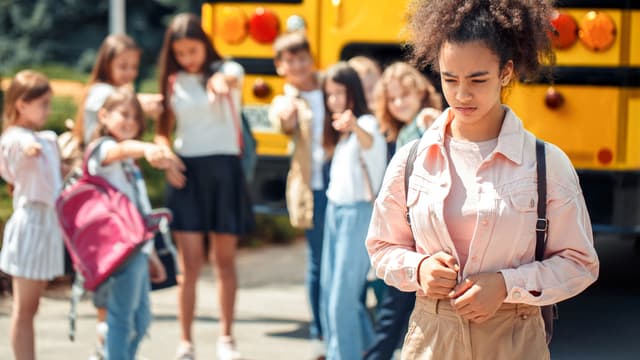 What do you think about when you hear that another kid is bullied at school? If you consider bullying normal, you need to know that it’s not.

Bullying is an act of violence that can leave a victim helpless and confused. It’s pretty hard for a child to stand up to bullying, so bullied kids are often shocked and simply don’t know what to do.

Unfortunately, the lack of response from a child initiates more bullying from peers. And the negative effect of it will not be long to come.

Bullying in Numbers: Its Negative Impact on Children

While some parents consider bullying a part of growing up and don’t take it seriously, it keeps influencing kids negatively. Did you know:

Bullying has become a norm among schoolchildren. So, parents need to take action and teach their kids to take a stand against bullying.

How to Stand Up to a Bully at School: 8 Tips

If your kid stands up to bullies but has no success, consider sharing the following tips with them.

When you deal with a bully, it’s important to show some reaction. Bullies don’t expect someone to stand up to them.

So, when you tell a bully to stop offending you, they can get confused with your reaction. However, you need to say it in a strong and confident voice. 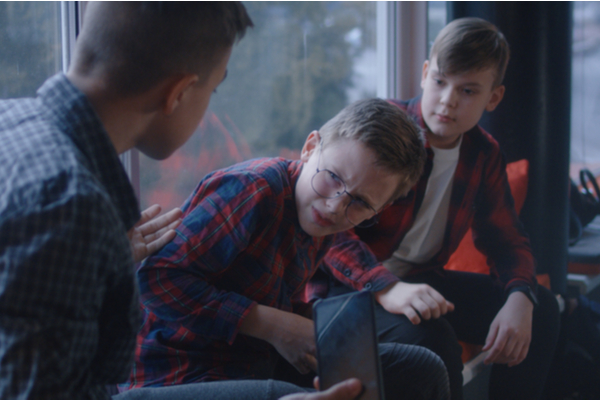 If you tried to stop a bully verbally, but it didn’t help, try ignoring them. Don’t show your real emotions even if they say mean words. Show them that you don’t care, and they might leave you alone.

Once a bully realizes they get no response from you, they can lose interest and stop harassing you.

If you’re an easy-going person who enjoys laughing at anything, you can use a secret weapon against bullies. Anytime they try to offend you, laugh with them, or make a joke in response.

This way, you’ll show bullies that you’re confident enough to stand up to bullies. When they see that their bullying methods are ineffective, they will stop bothering you.

As bullies prefer to offend socially isolated kids, sticking around with friends can be a solution. Avoid walking alone and choose to stay with others when you need to get from point A to point B.

If you don’t have close friends, you can try befriending other kids who suffer from bullying.

It’s no secret that bullies choose bystanders as victims. If you are one, you need to work on improving your social skills.

One of the ways to do it is to participate in various school activities. Taking part in school events will help you make new friends and show bullies that other kids stand up to bullying you.

What’s more, outside activities are a proven way to release tension and learn to cooperate with peers.

Kids at school tend to form groups by interest. Bullies aren’t an exception, so they might have a hotspot to hang out together. It can be hallways, corners of a playground, or other far places.

Make sure that you look around and detect those places before you start to move.

Despite following all the techniques listed earlier in this article, you need to be ready to meet a bully face to face. You need to learn self-defense in case they go from words straight to actions.

Make sure you know how to block punches and make noise to attract attention. These skills can save you from a physical attack made by bullies. 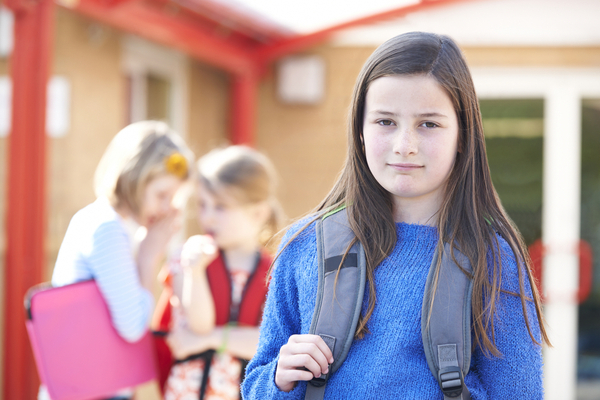 If you feel that bullies have crossed the line, consider reporting their actions to your teacher. Bullying often escalates without adult intervention.

It takes a lot of strength and courage to report bullying. So, if you’re afraid to do it, ask your parents or elder siblings for help.

A Piece of Advice for Parents

Bullying is unwanted, aggressive behavior among school-aged children that involves a real or perceived power imbalance. The action is repeated or has the potential to be repeated over time.

Bullying includes making threats, spreading rumors, attacking someone physically or verbally, and excluding someone from a group on purpose.

However, with the development of technologies, bullying also moves to the digital environment. So, bullies prefer to offend others online.

As a parent, you can prevent your child from being bullied on their smartphone. Checking your kids’ social media messaging apps, such as Facebook, WhatsApp, Snapchat, and Tinder, can help.

With parental control apps, parents can have access to all the messages their kids send and receive. mSpy can be a good option for you, as it has multiple monitoring features to help you detect bullies and prevent your kid from being harassed on the Internet.