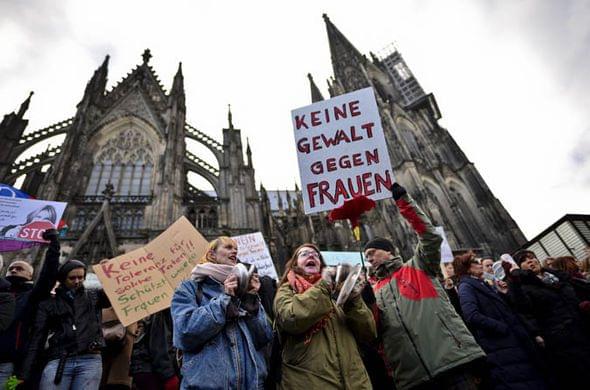 There have been a lot of provoking issues with women and children, especially girls, and  men, in particular, from Iraq, Afghanistan and Syria.

With such a huge immigration number, many men have recently entered Europe. As a result, European women and girls remain stressful and terrified because there have been numerous attempts of raping and grooming.

For instance, one Afghanistan man has been arrested, accused of repeatedly raping a girl from Korneuburg near Vienna. Being in his mid-twenties, this young man is accused of first grooming the 13-year-old online before the couple shared flirtatious text messages. Then the girl agreed to meet him in woodland, and the man threatened her verbally until she agreed to have sex with him. That kept on for three months until the girl told her parents what was going on. The man, who was reportedly living 25 miles away in an asylum hostel in Hollabruhn, was arrested and remains in custody. A police spokesman said: “The accused did not use any violence, but he did threaten her and scared her into doing what he wanted.”

More info about this case and similar issues can be found here.

It is good that this girl told her parents, but the raping did happen. Had her parents had mSpy installed on her mobile device, they would have been able to prevent this.

Meanwhile, whilst we cannot be sure that such treatments can be used to prevent abuse in the first place, parents should teach their kids safety issues and keep an eye on everything their children are involved in by means of mSpy, one of the key instruments to safeguard modern children online. It is one of the best ways nowadays to really acknowledge any child’s interests and concerns. With the GPS tracking, parents can know if their children are in the wrong or dangerous neighborhood; with the messaging records, including texts, emails and most messengers – the cyber-bullying problem can be prevented.  With the web browsing history reports, concerned parents can make sure that children are not spending time on pornography or gambling websites.