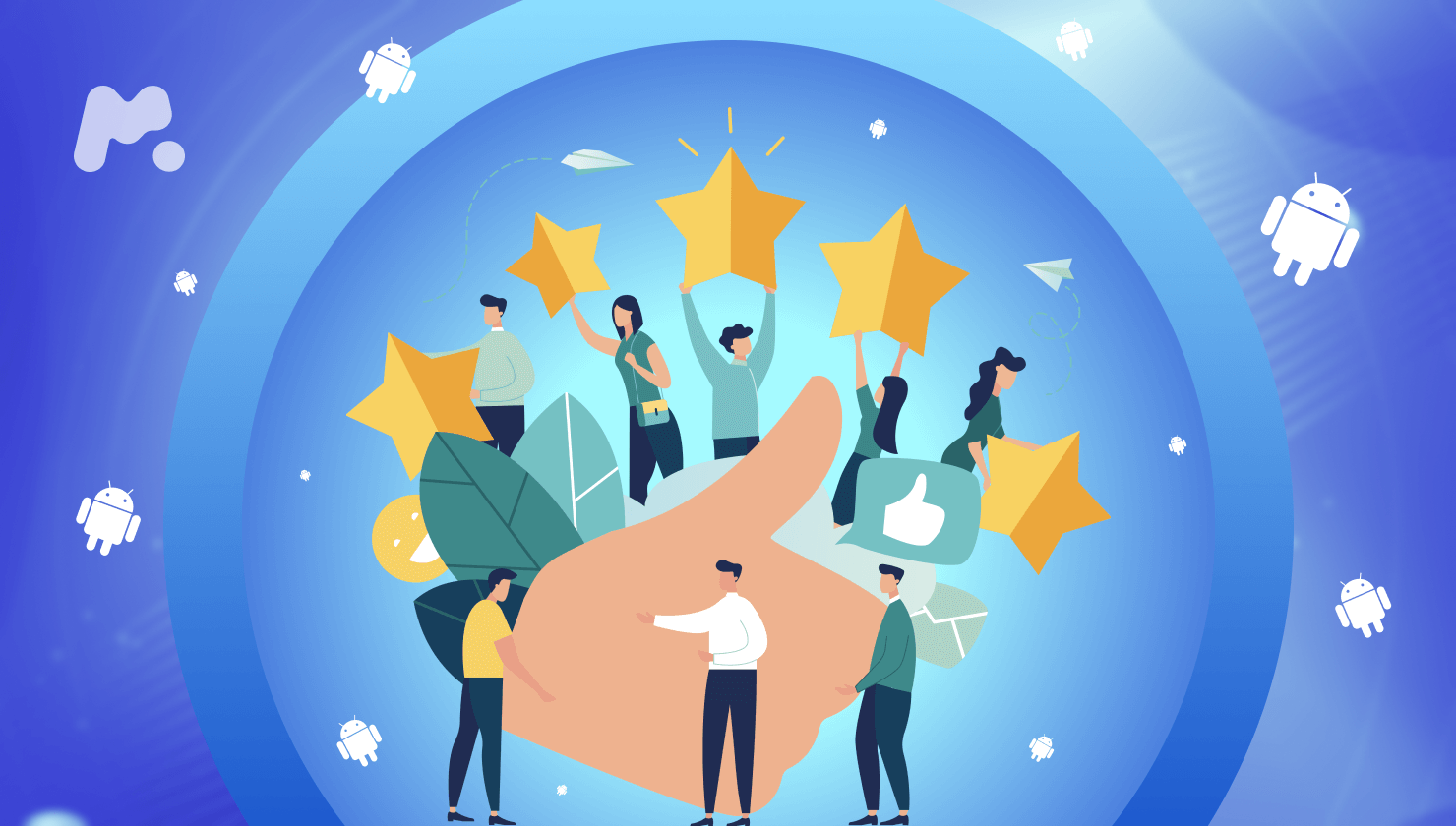 Phones are meant to be private. But sometimes you need to share the content on your screen or see the content on someone else’s screen. That’s where the Android screen recorder no root apps come in.

If you’re looking for the best screen recorder for Android, regardless of phone manufacturer or model, we have you covered.

Screen recorders let you record the content on your phone, like an Android. There are screen record Samsung apps and Android screen recorder apk solutions for other Android models.

Whatever type of OS you’re rocking, you’ll find an option that works for you.

Here are the top uses for recording an Android screen:

Our Picks For The Best Undetectable Android Screen Recorders 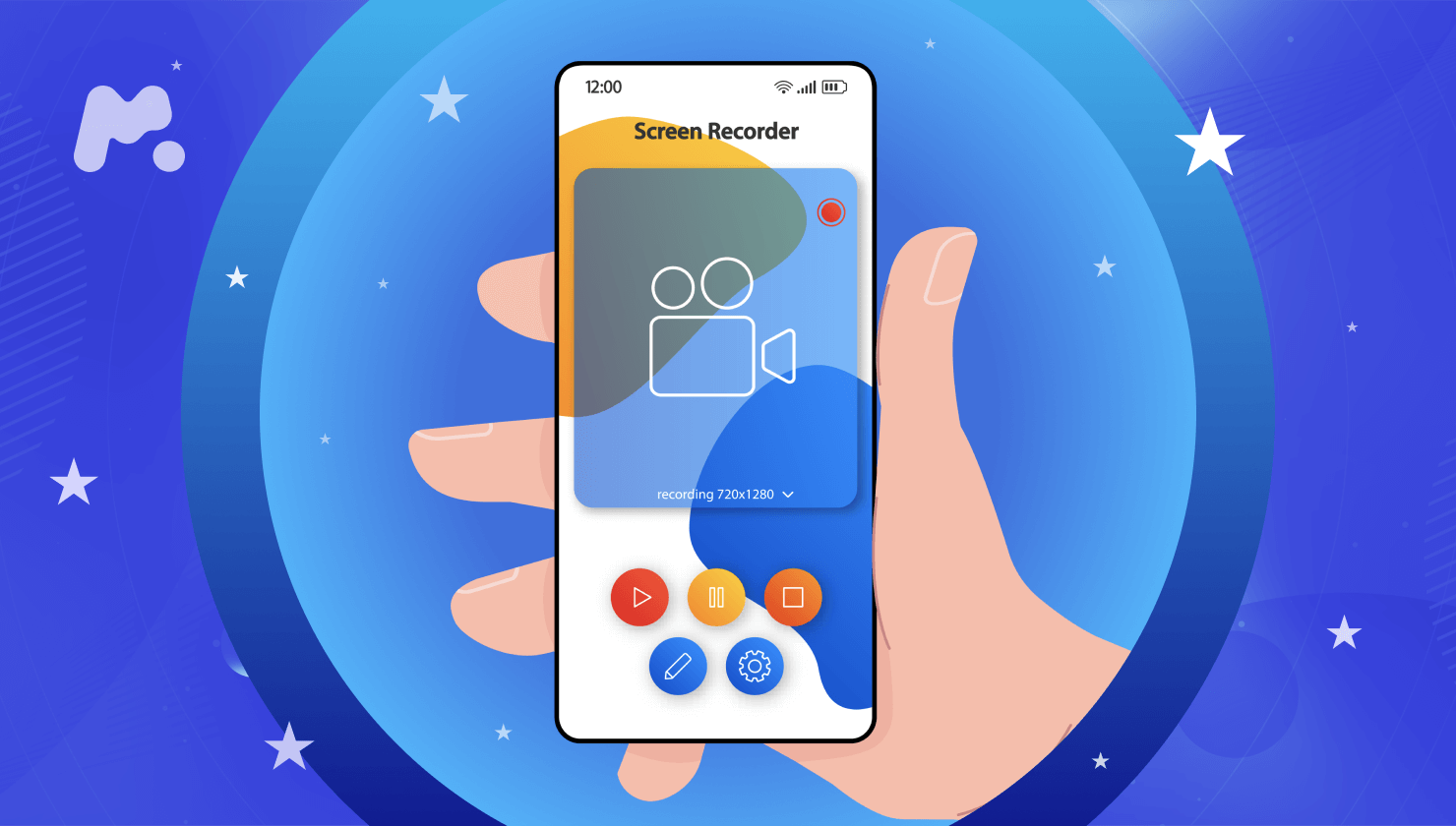 If you’re looking for the best hidden screen recorder for android, you’ll definitely want to put mSpy at the top of your list. It lets you capture what’s on screen, but it goes one step further by letting you see what’s on the screen of a device that doesn’t belong to you. By installing mSpy on your child’s phone, you can monitor their chats and activities, and keep them safe. The best part? It’s completely hidden so they’ll never know you’re using the app and recording their activity.

With over 10 million downloads, it’s clear that DU Recorder is one of the best Android screen recorders on the market. It lets you easily edit the videos you record, including trimming them, adding images, adding music, and even removing middle sections. Keep in mind, however, that there’s a watermark displayed on every video captured.

With more and more new users, it’s increasingly apparent that eyeZy is a good choice for a hidden screen recorder app. This one constantly takes snapshots in the background so that you’re always in the know and can be sure your child is safe. Want to discover what exactly they said in any chat? Or, maybe, you want to see the messages they rushed to delete? You can be sure that all that is possible with eyeZy. And it does it all in hidden mode—icing on the cake.

When it comes to hidden screen recorder apps, this one doesn’t take up a lot of room on your device. It’s quite lightweight, yet it does a lot. You can save the videos you capture with the Android screen recorder in various quality levels and resolutions. Mobizen is ad-supported, so keep in mind that you’ll have to watch advertisements periodically to use the app. However, there are in-app purchases available to get rid of the ads.

AZ Screen Recorder is a free app that records phone screen on your device. It allows you to capture screenshots, take videos, and even start a live video. You can view and edit all saved videos and shots right inside of the app. Sounds convenient, right?

However, note that AZ Screen Recorder is an ad-supported app. If you want to get rid of ads, you need to buy an ad-free upgrade.

Super Screen Recorder app for Android is pretty similar to the previous one. It combines capturing videos and screenshots with vast editing possibilities. For instance, you can change the resolutions of your videos, add music, turn videos into GIFs, and merge/cut all the content you’ve recorded.

You can use the pop-up overlay to record a video, try the live video feature, or benefit from using a front-facing camera window.

If you’re using Android 10 or later, you can now record the screen natively without installing an app. There are different instructions based on what type of phone you’re using, so we aren’t going to run through them here.

On Samsung and LG. models, however, you should be able to find them by swiping down from the top of your screen and expanding the Quick Settings menu.  Keep in mind that this Android screen recorder method is bare-bones, so you can’t do a lot.

How To Install An Undetectable Screen Recorder On Android

There are many methods to get up and running with an Android screen recorder no root app, but the steps you need to take vary based on which solution you want to use.

If you’re interested in a good secret screen recorder for Android like mSpy, it’s easy to get up and running:

Why You Should Never Trust a Free Screen Recorder For Android

If you’ve spent a bit of time searching for a phone screen recording app, there’s a good chance you’ve come across a number of free apps. We highly recommend staying away from all of them. And we’re not suggesting this as a means to steer you towards paid options.

We’re suggesting this simply to save you from becoming a victim of theft.

The best screen recording apps are paid apps for a reason. The developers who created them are reputable and the companies they work for adhering to strict privacy policies. The creators of that free app to record phone screen secretly that you’re eyeing? Not so much.

Here’s what you need to know about all those free phone screen recording apps:

For example, some apps send the videos you record to a server and then back to your device. If the server is compromised, your videos could end up in the hands of cybercriminals.

Get a Screen Recorder That Makes Sense For Your Needs 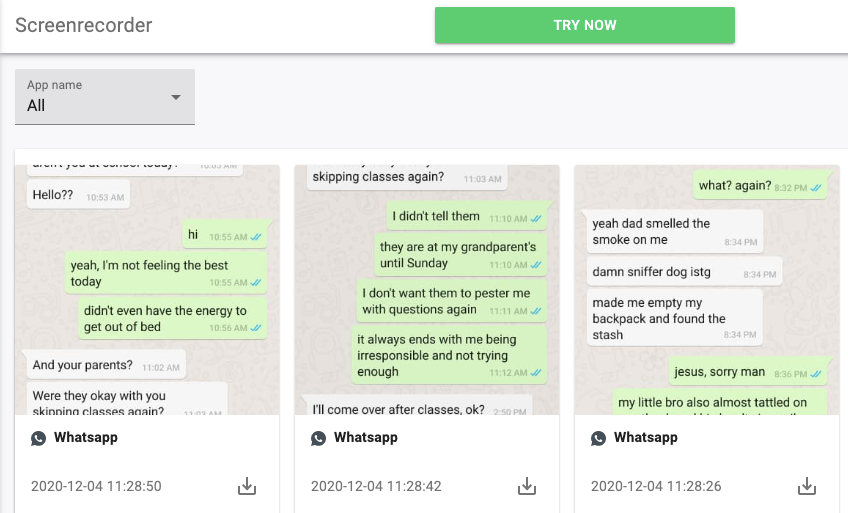 The best phone screen recorder for Android differs for everyone. If you’re looking to record your screen, there are a number of options. But if you’re looking to see what’s on someone else’s screen, you’ll want a monitoring app like mSpy in your corner.

mSpy is extremely reputable, countless users trust it, and it’s designed with your privacy in mind. Give it a try.