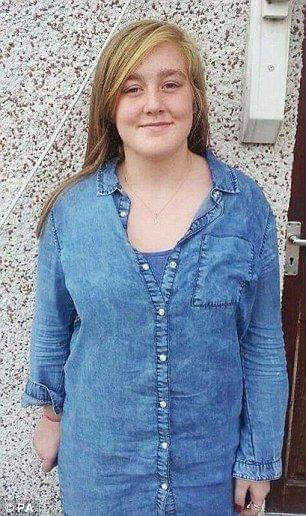 Kayleigh Haywood, 15, was groomed, raped and killed. Had her parents had known about her  “online friend” , could this tragedy have been prevented?

Kayleigh Haywood, 15, met Luke Harlow, 28, online. They started chatting. In fact, Harlow used Facebook, WhatsApp and text messages to befriend Kayleigh. During their online conversations, he discussed meeting up with her and said they would be ‘up all night having fun’. Kayleigh kept their online relationship secret from her parents. In total, there were two weeks of grooming on social media.

The 15-year-old girl met Harlow after asking her father – who she said that she was staying with her best friend – to give her a lift to Ibstock on November 13. Once the girl met Harlow, they drank together and he sexually asserted her. Then he invited his friend StephenBeadman, 29. Two men kept her at Harlow’s home, where she was held ‘against her will’ and ‘sexually touched’. More on this case could be found here.

Her family and teachers after her death

2. Eddie Green, Headteacher at Ashby School where Kayleigh was a pupil, said:

Now, nothing can be done to bring this young lady to life again, still, her parents along with classmates and teachers have made a 5-minute film, telling the story of Kayleigh’ last days. They all hope that this film will be shown to all children, aged 11-18, especially to young girls to raise awareness about dangers of online world and social media.

Anyway, this story proves once more that teenagers face real threats on social media and it is vital we fight to keep our children safe online. Had her parents had known about her  “online friend” , could this tragedy have been prevented? Had they had mSpy installed on her mobile, they would be aware of her “online friend” and her intentions and thing could have been better now.