Track a Phone Without a SIM Card? It’s Easier Than You Think

Picture this. You’re ready to track their location. It’s something you really want to do because you want to keep them safe, wherever they happen to go. But then it hits you. What if they suspect you’re trying to track them, and they remove their SIM card to stop you in your tracks? Or what if they’re traveling overseas and they swap SIMs? Can you track a phone with no SIM card? Or are you out of luck? We have the answers to your burning questions.

If you’re a parent, it’s perfectly natural to wonder, “Can a phone be tracked without a SIM card?” After all, kids are sneaky. And if they suspect you’re trying to monitor them, they might pull out their SIM card to stop you from finding their location. 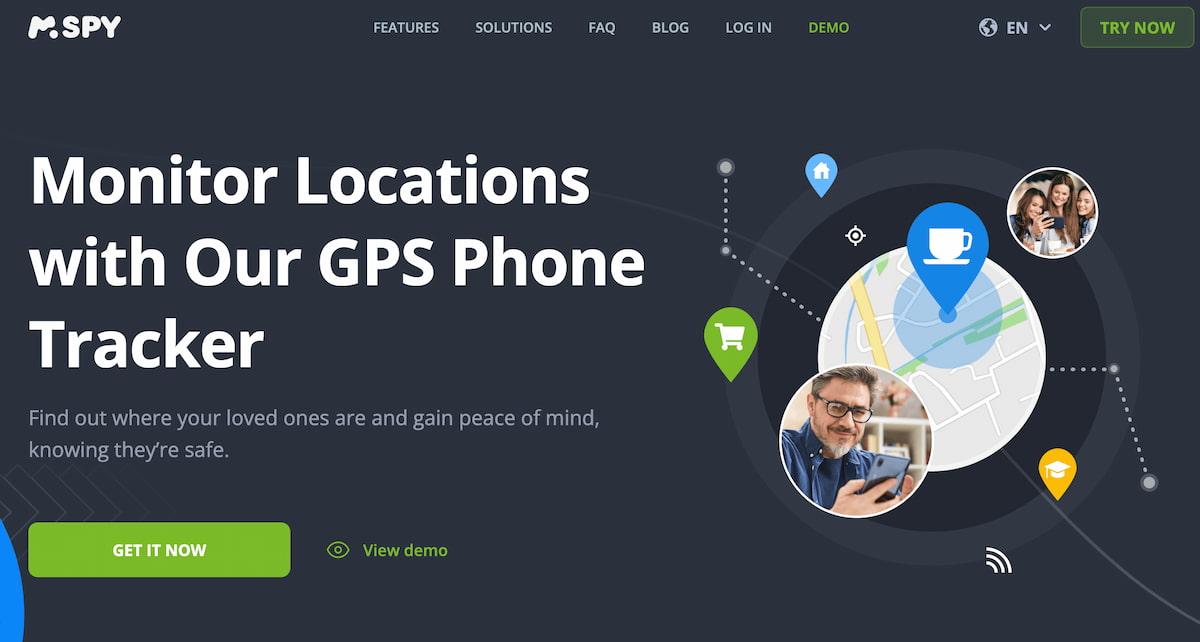 For the easiest way to find a phone without a SIM card, look no further than mSpy. The advanced phone tracking app sets the bar for monitoring apps. And it’s clear why. The simple-to-install, just-as-easy-to-use app lets you see their location — even if they’ve pulled out their SIM card.

As long as their phone is connected to Wi-Fi, you’ll still be able to see their location. And it records their last location, so if they disconnect again, you’ll know where they were.

But here’s the best part. If they swap SIM cards, you’ll still be able to track them. That’s because mSpy is the phone tracker app that doesn’t care what SIM card they use. As long as their phone is connected, you’re good to go.

But if knowing what SIM card is installed on their device is important to you, mSpy has you covered. The app shows you what network they’re on, if their data signal is on, and their phone’s IMEI number — all in your mSpy Control Panel.

Need to track a phone with no SIM card?
Get a whole range of monitoring features with mSpy.
TRY MSPY NOW

Apple Find My (iOS only) 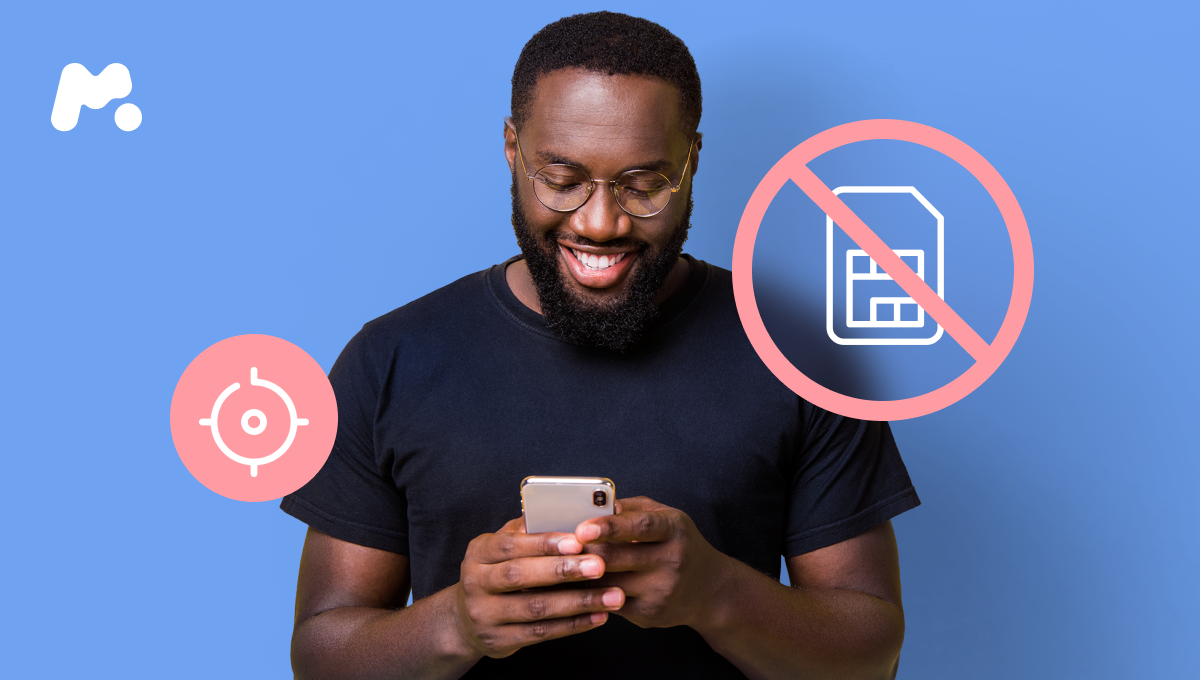 Can you track a phone without a SIM card if the phone is made by Apple? Absolutely. Just use the Apple Find My app. It’s baked into iOS and it lets you track the location of an iPhone from another device, or from the web through iCloud.

If you have your own iPhone, you can ask them to share their location with you. Doing so will allow you to track their whereabouts whenever you want from your iPhone’s Find My app.

Prefer to track them without them knowing? You’ll need to plug in their iCloud credentials into the iCloud websites, and then use the Find My tool to locate them.

It’s not just users of iOS who are wondering can you track a phone with no SIM card. If they’re on Android, you want to be able to track them with ease. Thankfully, Google Find My Device lets you do just that.

The app works the same way as Apple’s Find My, except it’s not baked into all Android phones. You may need to install the app on their device first. You can find it on Google Play.

Track a Phone That Has No Service

Can you track a phone that has no service? Absolutely, as long as the phone has a Wi-Fi connection. Apps like mSpy, Find My, and others rely on an Internet connection to detect their location. But it doesn’t actually matter what kind of connection. Whether they’re on 5G, LTE, 3G, or Wi-Fi, you’re good to go. And you’re still covered on a phone without a SIM card, as long as it’s connected to Wi-Fi.

The Truth About Tracking a Phone That’s Turned Off 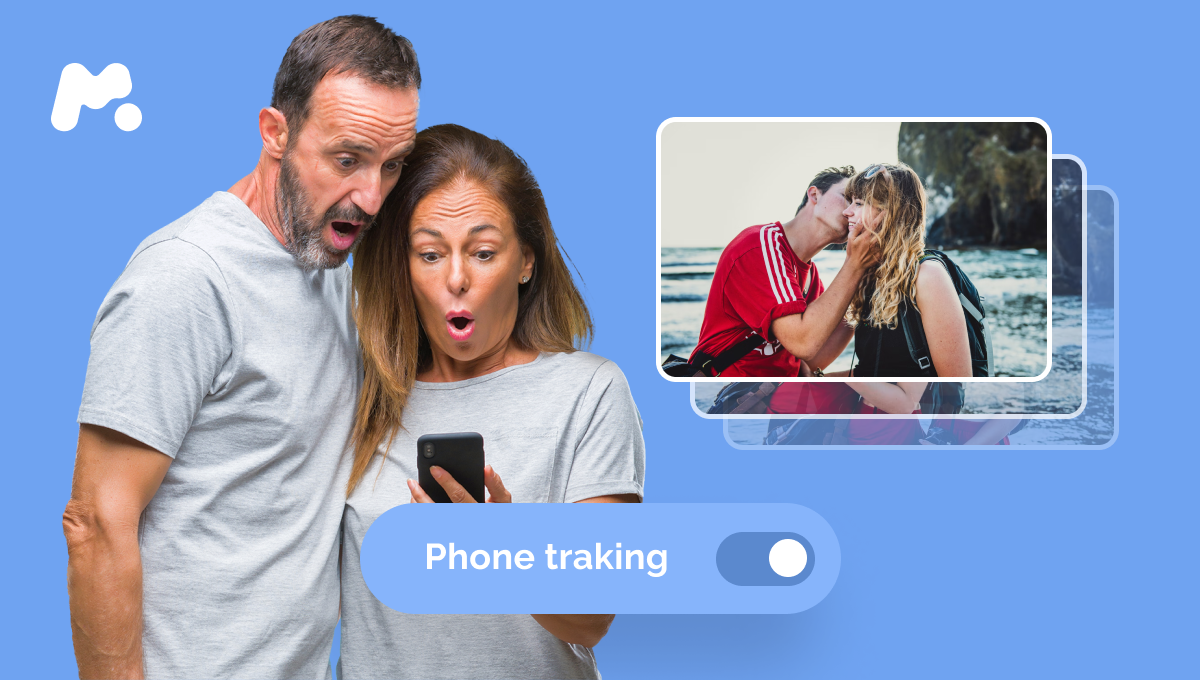 If you come across an app that claims to track a phone without a SIM card, even when turned off, we’ve got some swampland in Florida to sell you. The reality is every phone needs to be connected to the Internet to report its location. It doesn’t matter if you’re using mSpy, Google Find My Device, or something entirely different. An Internet connection is key.

So what happens if the phone is disconnected from the Internet? Depending on the app, you’ll likely be able to see their last known location before they disconnected.

mSpy does phone tracking really, really well. With the monitoring app installed on their device, it’s easy to find out their location at any given moment, plus past locations, too. But mSpy goes beyond just being able to find a phone without a SIM card. mSpy lets you find out what they’re doing online.

Wondering who they’re texting and what they’re saying? mSpy shows you. Worried about the content of their social media chats? mSpy lets you in on their most private conversations. Concerned about the photos installed on their phone? mSpy lets you see what’s in their camera roll.

You can even see their browsing history, read their emails, find out what’s in their calendar, and see their phone log. mSpy even includes a keylogger to capture every keystroke typed and a Screenrecorder that shows you screenshots of their phone in use.

Every single one of these features works in hidden mode, so they’ll have no idea you’re using a monitoring app to keep tabs on them. And it even works on a phone without a SIM card, as long as it has an Internet connection.