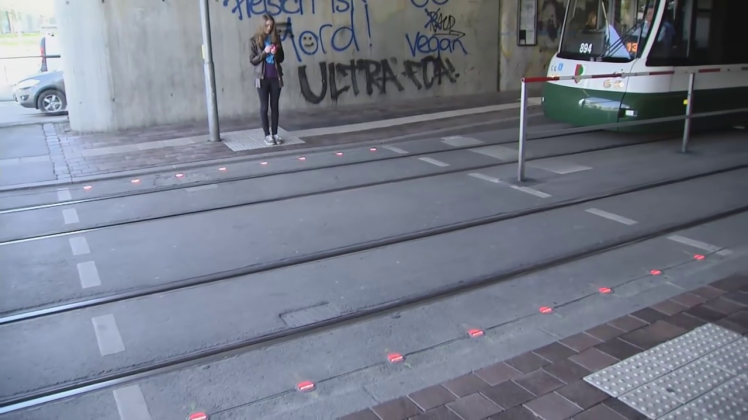 Walking along the street while looking down at our phones like brain-dead zombies has become a common matter for both grown-ups and kids. Unfortunately, this tendency can cause and has already caused a number of tragedies once people fail to notice the coming vehicles towards them. That is why to prevent similar situations in the future, the authorities of the city of Augsburg found a way out. So, they have installed the traffic lights on the floor in the place, where two pedestrians succeed to escape with minor injuries after being hit by trams while looking at their phones.

Noteworthy is the fact that apart from Augsburg, the similar tragedies with phones involved took place in many other cities and countries. For example, around two months ago, there was a tragic death of a girl in Munich who died because she was hit by a tram while looking at her smartphones with headphones in.

Anyway, the fact that people, especially teens, are constantly glued to their phones has already caused a lot of tragedies. That is why it is of key importance for every modern parent to teach their kids general mobile phone safety issues. Plus, it is recommended installing mSpy on their children’s cells to safeguard them against online dangers and bad people.