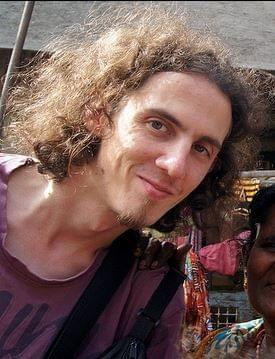 Richard Huckle, 30, posing as a respectable Christian English teacher, has carried out the attacks on children and even babies as young as SIX MONTHS. He has finally been jailed.

A freelance photographer from Ashford in Kent, named Richard Huckle, obtained 22 life sentences, every of which is related to sex abuse of children and even babies as little as 6 months. How could that be possible? How could a man commit sexual abuses to kids and babies? This is out of our understanding.

More about the case. It was discovered that he posted a number of videos of his abuse on the dark web. Richard committed sexual abuses to Malaysian children aged between six months up to and 12 years from 2006 to 2014. He used to share pictures and videos of his rapes and assaults on kids with paedophiles around the world by means of the now defunct dark website TLZ – The Love Zone. What is completely out of our understanding is that this terrible person wanted to make a business out of his horrific crimes!

He was arrested while aiming to crowdfund the release of the photos. Besides, he also wanted to publish a paedophile’s manual at the time of his arrest, which was held by National Crime Agency officials at Gatwick Airport en route to spend Christmas with his family in 2014.

Anyway, Richard Huckle was sentenced and luckily no child would be harmed by him anymore. However, it becomes really distressing once we think about how many sick people like Huckle our world features. How can we protect our kids from such disgusting creations?

Unfortunately, there is no 100% prevention. Hence, we can be a little bit more attentive and suspicious to all people, which surround our precious kids. Plus, we have to safeguard our kids’ digital life.  That is where mSpy comes in handy.