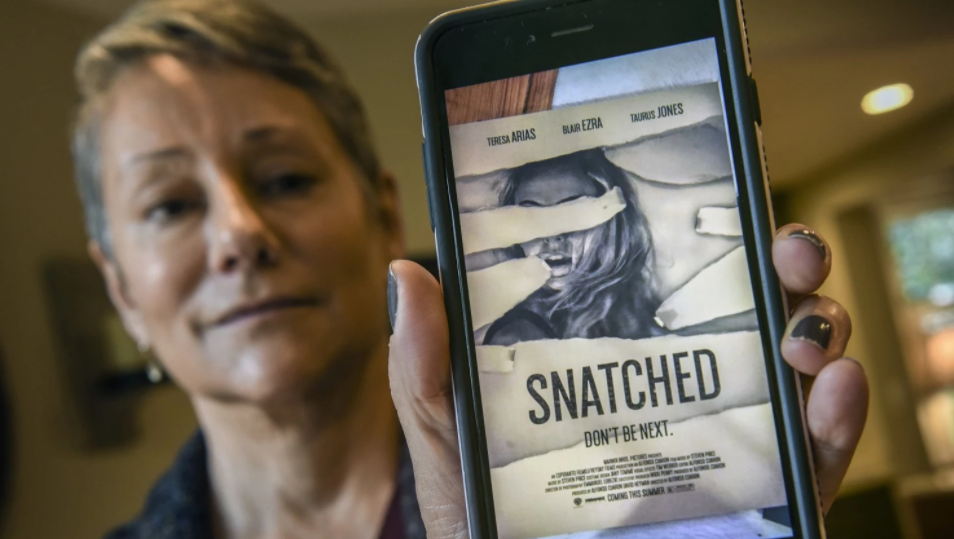 The latest sensational virtual kidnapping took place in Leesburg, USA. Wendy Mueller was doing her household chores when her phone rang. She heard screaming at the background which sounded like her daughter’s – 23 years old Miss Mueller begging for help.
Then, a calm and eloquent stranger’s voice told her “We have your daughter.” After which followed five-hour torment for a loving mother.

The voice told her to take her purse and get into the car. He asked her how much cash she could provide at this juncture, a frightened woman answered – 10,000$.

“Do not try to get help from anyone, otherwise I’ll kill your daughter”, the voice replied.

The voice on the phone told Mueller that her phone was bugged and all her further actions were known to him. Then the kidnapper gave her further instructions: to go to the small stores across Virginia and transfer a limited amount of cash (up to 1,900$) to addresses in Mexico. The story would have ended as a kidnapper planned, but after the last transfer Wendy Mueller received a SMS from her daughter “Hey guys! look at what I was doing in class today.”

A terrified mom was shocked, in reality, her daughter was OK. None of this extortion was true. Mueller hung up and that was the end. The voice never called back.

Unlike the usual crimes as break-in or robbery, virtual crimes take place on your phone while it’s in your hand and there is nearly no escape from it. The only exception is the using the mSpy app.

mSpy application is the best cross-platform monitoring solution for parents. It enables users to be in the loop of what’s happening on their kids’ devices. Mueller would never had been deceived by the kidnapper if she had used mSpy. She could just check what is happening to her daughter, by using phone locator at that very moment, staying home.

Scores of families were scammed in the USA last year. According to the National Center for Missing and Exploited Children (NCMEC), every year, more than 58,000 children are abducted. 115 of the reported abductions represent cases in which strangers abduct and kill children, hold them for ransom, or take them with the intention to keep.*

mSpy could safeguard you from such horrifying experience. Using mSpy features like the GPS Location and Geo-fencing ensures parents know where their children are at every point in time. Moreover, if a crime to take place in real life, it would be more likely to save the family member’s lives.

mSpy application has a lot of monitoring features like SMS tracking, WhatsApp, Snapchat, Browser history etc. which makes mSpy app one of the best ways to safeguard kids nowadays.